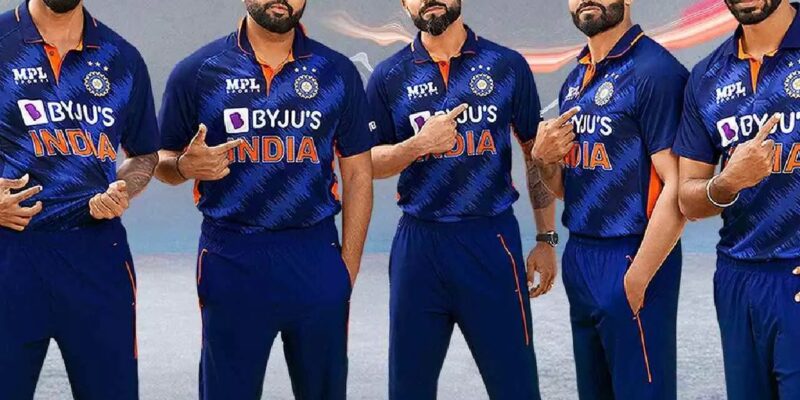 Cricket for Indians is not just a game but a feeling. Every match played on the field by the Indian Cricket team is important for a cricket fan out there! The Indian cricketers have become celebrities for us.

The income of Indian cricketers is not limited to cricket but brand endorsements, IPL, and other events too. The Board of Control for Cricket in India (BCCI) is the richest cricketing board in the world and of course, our cricketers are paid well.

Today, we decided to take a look at who is the highest-paid cricketer in India.

Former Indian team captain Virat Kholi is one of the most dedicated players. Under his captaincy, we have won 29 T20Is. This sporting hero was the only captain from India to win a T20I series in SENA countries. As per reports, Virat will earn Rs 7 crore annually, apart from his match fee.

MS Dhoni is the most loved cricketer in India. Mahi is the only Indian skipper to lead India to 2 World Cup trophies. He holds brand endorsements like Indigo Paint, Orient PSPO, Reebok, Amity University, Boost, GoDaddy, Share Market Equity firm among others.

The legendary cricketer, Sachin Tendulkar is the richest cricketer in the world. He still holds the record of most number of centuries in ODIs and Tests. Sachin has bagged awards like Bharat Ratna (2014), Rajiv Gandhi Khel Ratna (1998), Padma Shri (1999). He endorses brands like BMW, UNICEF, Luminous, Toshiba, Reliance Communications, which adds to his net worth.

The captain of the Indian national cricket team, Rohit Sharma, is a true batsman. Under Rohit’s leadership, Mumbai Indians have won the IPL title 5 times. There’s beauty to watch him bat with a godlike speed.

Rishabh Pant is a left-handed wicket-keeper batsman and no doubt, everyone loves him. Recently in 2021, in a test match with Australia, Rishabh became the fastest wicket-keeper for India to reach 1,000 runs in Test cricket. Reportedly, he will earn Rs 5 crore annually.

Hardik Pandya is an all-rounder, who plays for Baroda and Mumbai Indians (IPL) in domestic cricket. He is also known as “West India of Baroda” by his fans. Reportedly, Hardik will earn Rs 5 crore annually.

Jasprit Bumrah, the right-arm fast bowler, has risen to be the fastest bowler in the team. He recently got married to sports presenter Sanjana Ganesan. He plays first-class cricket for the team Gujarat at the domestic level.

KL Rahul had a flourishing year. He is one of the best openers for India across formats. He is the fourth-fastest player to score 4000 runs in the Twenty20 format. Reportedly, his annual salary is Rs 5 crore.

Shikhar Dhawan is the opening batsman who plays internationally and for the Indian Premier League (IPL). He holds endorsements with Boat, IMG Reliance, Ariel India, Vedantu Learn, and V Star. His annual salary is Rs 5 crore.

Ravindra Jadeja is one of the finest all-rounders we have. He is consistently known as one of the best fielders in world cricket. As per reports, his annual salary is Rs 5 crore.

Who is your favourite cricketer? Let us know in the comment section.

5 effective tips to deal with dehydration this winter season