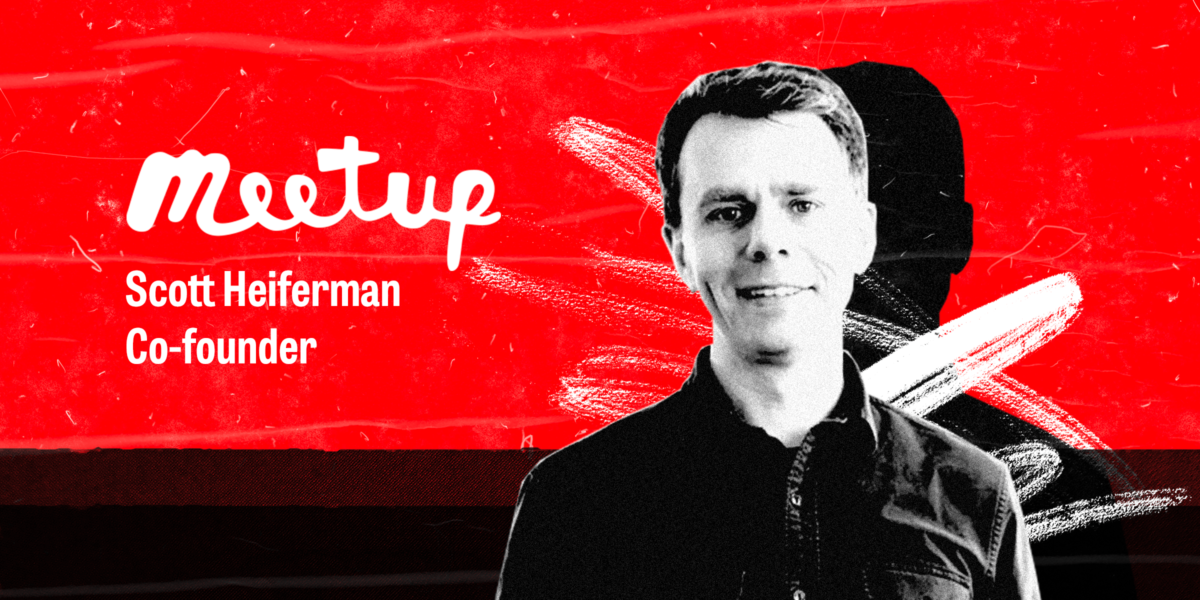 Scott Heiferman is the founder and CEO of Meetup.com, a site that harnesses the power of the online community to do things offline. In this article, we’ll tell you how he got the idea for Meetup and how a grassroots movement was able to use it to full effect to impact the 2004 Presidential Campaign.

Scott Heiferman has been in many ventures since leaving Iowa to live in New York City. He initially came and worked for Sony, where he held the title of ‘Interactive Marketing Frontiersman.’ Later, he left the company to create his own online ad business, iTraffic, which he ran for several years before it was acquired by Agency.com for $15 million.

After the sale, he found himself eager to return to work – but not around lawyers, accountants, and investment bankers – he’d had enough of them “for a little while so (he) worked the counter at McDonald’s in Manhattan.”

Reflecting on his time in McDonald’s, he says the culture there was understandably a lot different than his previous jobs, but he found it nice to be able to do the most simple things again like interacting with customers face to face and seeing them respond to the choices on the dollar menu.

The lesson he took home from his time at McDonald’s, especially after having run his own company for many years, was how hungry he was to be shown some appreciation at his job.

He used to believe that as long as employees were paid well and their work was meaningful they would be all right, but after his stint at McDonald’s he realized that workers wanted approval and they “need to be told they’re doing an ok job.”

Where the Idea Came From

Heiferman’s idea for Meetup didn’t come overnight, it was formed by a need he had experienced from the moment he came to New York right up to the founding of Meetup in 2001.

When he’d first arrived in the Big Apple in 1994, Heiferman very much wanted to meet others who had a similar interest as him in a fledgling new technology called the internet. However, he couldn’t find anyone in his office who shared that passion, so digging a little deeper he eventually came across a group in the city called the World Wide Web Artists’ Consortium.

Heiferman recalls that “It was this amazing thing, you show up and there were 20 people who cared about this thing called the internet.” The gathering made him realize “how valuable and important that was for (him) to find others locally who shared that interest and how important it is for there to be that local resource” and that “there should be a local group everywhere about everything.”

Years later, in the aftermath of September 11, he was once again reminded of the importance of the local community when fellow New Yorkers came together to heal and comfort each other after the terrorist attacks.

Yet, knowing there was a need for a tool to bring people together, why didn’t Heiferman start the company even earlier? “Meetup is a really stupid simple idea,” he explains, “that really couldn’t have been done before 2002.

The basic idea of the meetup is how do you find others locally, who share a common interest, (and then) form a little community group (with them). The reason why it couldn’t be done before was there simply weren’t enough people online.

The Challenges of a Startup

The idea of joining an online community to bring people together to do something offline wasn’t a concept people were accustomed to and it took time to make people understand what Meetup was trying to accomplish. Right from the start, it was a challenge convincing users that it wasn’t just a clone of the Yahoo! Groups model with an added local dimension.

Heiferman says, “What we really focused on was it being all about the meetup and the meetup is a face to face real-world thing.”

As well as having to make people understand they were not joining an online community, Meetup also had to differentiate themselves from social networks like Facebook or LinkedIn, as Meetup wasn’t about who knows you know or who you were friends with, it was about organizing local community groups together, it was about the real world, and meeting others in person.

Ironically, the very first meetups that were held were hosted by members of the slashdot and bloggers communities.

Heiferman says these were the individuals that were most in love with their computer screens and proclaimed that they never wanted to leave it “but they seemed to be the hungriest to want to connect in the real world.”

It was also these communities, who had a strong online presence, that used their own engines to get the word out about Meetup that helped to initially grow it and Heiferman and his company didn’t really have to do much other than put the site out there and let the word spread on its own.

However, one important thing they did to create awareness of Meetup was designate the first Monday of every month as Buffy the Vampire Slayer meetup day, not just in a particular city, but across the world and making it an international celebration for the hit TV show’s fans. People that showed up got to experience the event, talk to other like-minded fans, and took home the message that Meetup was all about meeting others face to face and in person.

“What’s funny,” says Heiferman, “is that you build a platform and you don’t know what people will use it for.”

Many of the things people have been using the Meetup for Heiferman had never thought of, and a lot of the things he thought Meetup be great for have simply not panned out.

For instance, one of Meetup’s original business models was charging the venues holding the gatherings, such as a cafe or a restaurant, a $1 for each person that RSVP’d for the event.

However, the idea quickly fizzled when it became obvious that not everyone showed up to the events and those who did weren’t always spending money at the eateries.

Today, the biggest and most popular groups on the site are the mom meetups. “Every time you think you can direct it or design for who should use the thing,” warns Heiferman, “the fact is people are going to use it the way they want to use it and so we just try to pay attention to that. The moms, and the dogs, and the languages are all big areas for Meetup right now, all the kinds of stuff that we weren’t so much thinking about.”

Meetup and the Power of the Grassroots Movement

One of the unintended consequences of Meetup was its impact on the 2004 US Presidential Campaign. The supporters in the grassroots campaign of Democratic presidential candidate Howard Dean used it to full effect to mobilize over 143,000 supporters across 600 locations to donate funds and handwrite over 250,000 letters in one night to undecided voters.

At first, Dean and his staffers weren’t even aware of Meetup, and the power of the platform for bringing people together, until they went to a New York City Dean meetup and discovered hundreds of supporters lining the streets and cheering his arrival.

Although Dean didn’t win the Democratic nomination, he raised over $25 million dollars for his campaign (shattering Bill Clinton’s record for a Democratic candidate) and left his opponents scrambling to emulate his success using the power of the internet. In a broader context, Meetup was able to engage voters, especially young internet-savvy voters, to take an interest in politics and what was going on in their own government.

Heiferman notes that “When people actually get off their butt and actually go to a local gathering about some political candidate or issue, that is newsworthy.”

Heiferman says it’s cliche, but what made Meetup successful was the team, which consisted of himself, along with the other co-founders, and a core of 5 or 6 people. He believes any strong company is about finding the right mix of talent and not just finding the people who’ll agree with you.

Each of those core individuals brought a unique talent with them, whether it be good interface design, public relations, or some other asset which helped the company grow. “What was critical for us was that we tried to keep it simple and at the same time focused on what was going to give it energy and showmanship.

Far too many things get launched without a sense of what’s really going to inspire, spark, and engage people to care. It’s one thing to make a great product but another to make something to get momentum. We really thought about that a lot and that makes a big difference.”

In order to grow revenues and get the company into the black, what Heiferman wants to do is continue improving Meetup to help people connect offline, get more people to use it, and spend money conservatively.

“We changed our business model a few months ago where we get paid by the groups that are using Meetup and so their success is our success. If they succeed – they grow, we’ll grow, the whole thing will grow and if they fail – we’ll fail. Our strategy is to keep our customers happy so that there’s more of them and make sure our groups succeed.”

As Heiferman expected, there was a lot of anger from organizers once the fee-based platform was implemented. The site’s activity plummeted drastically (something that was also expected), but what was left was a much higher quality product. Making organizers pay to run a group solved the problem of the site being plagued with inactive and poorly run groups, those that remained tended to be the most active and well run. To offset the new fees, some groups ask their members to chip in a $1 or $2 for each event or pitch in a small fee for a yearly membership.

Other times the organizer will pay for it or the group may be created as a money-making for-profit venture, which is something Heiferman has no problem with. “We let what happen, happen,” he says, “It’s all about how do we make the product better so that more people talk about it so that it’s more remarkable and most importantly…how do we serve our customers (better).”

The Future of Meetup

Looking into his crystal ball, Heiferman’s goals for Meetup are more of the same. “We want to see that there be a local meetup about what people care about everywhere. We’re just going to follow where people go and make sure that when people want to find the others locally that Meetup is that hub, we’re going to hopefully get in the black and be able to provide a better service for our customers.”

Heiferman believes people are interested in lots of things in every place and that they don’t have to be in a particular city to learn how to do something  – that there are resources in their own community – and the internet will pull out the people that are interested in different things everywhere. “I don’t have the eBay Pez dispenser story,” he says, “but it was clear that people always want to connect and it was something that had to be done.”

Top 10 causes of failure of a startup 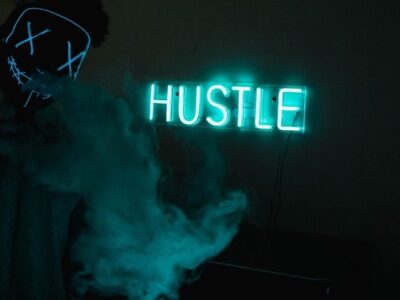 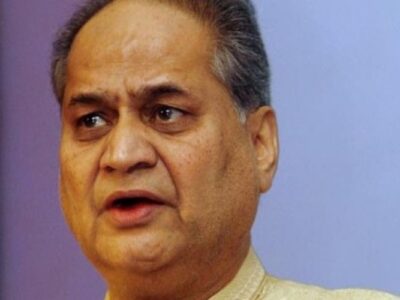 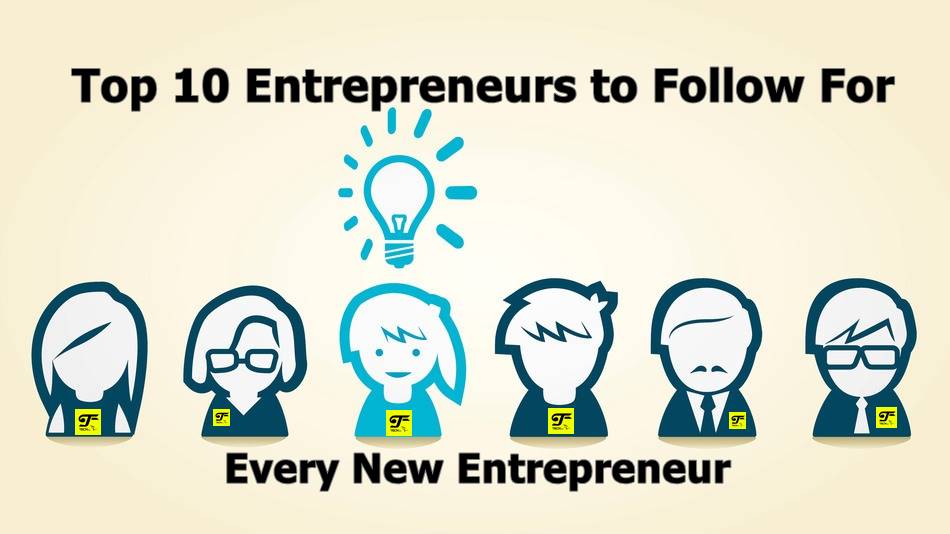