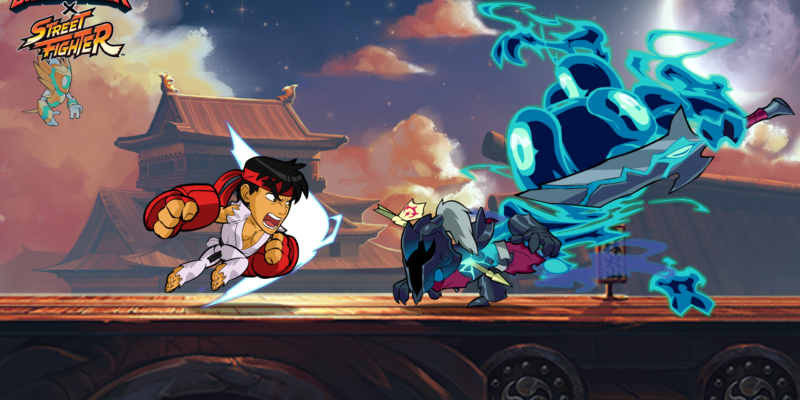 Street Fighter’s most popular characters are crossing over with Ubisoft’s free-to-play fighting game Brawlhalla. Ryu, Chun-Li, and Akuma from the Capcom series have arrived in Brawlhalla as part of the game’s latest “epic crossovers” event.

In addition to the famous fighters, Brawlhalla has introduced a new mode called Street Brawl, which puts a Street Fighter spin on the game featuring health bars that Street Fighter fans will recognize. The mode also has new K.O. text inspired by Capcom’s game and a new Satsui no Hado emote.

Brawlhalla also adds a new 1v1 map inspired by the Suzaku Castle from Street Fighter. There are also four new avatars based on Zangief, the Shadaloo symbol, and a Hadoken.

Here are the official descriptions for Ryu, Chun-Li, and Akuma, as written by Ubisoft:

Street Fighter is just the latest massive franchise to get a crossover event in Brawlhalla. Some of the previous Brawlhalla crossovers included various WWE superstars like The Rock and John Cena, as well as Lara Croft, Po from Kung Fu Panda, and the Teenage Mutant Ninja Turtles. Characters from The Walking Dead came to Brawlhalla in September.

The best gaming headset in 2022