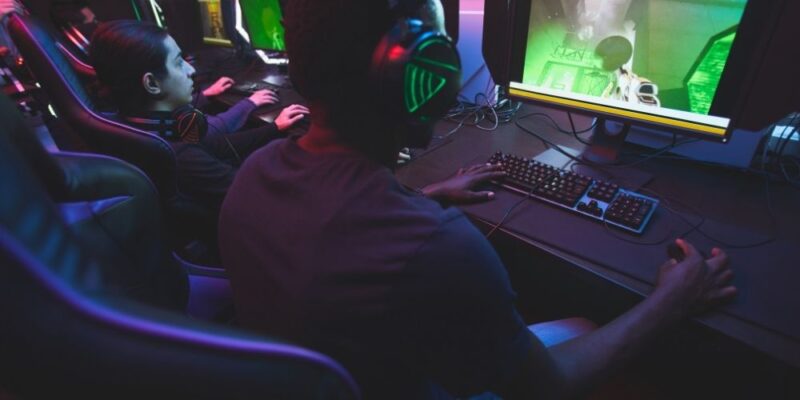 A good gaming headset is practically a necessity these days. Clean and precise audio is essential for competitive gaming, allowing you not just to pinpoint your enemies, but communicate effectively with your teammates. Moreover, recent developments in spatial audio and virtual surround sound have allowed headsets to meet — and occasionally surpass — more expensive audio setups, allowing even the most budget-conscious gamer to obtain a competitive edge at a fraction of the price.

While you could always invest in a massive pair of speakers, they’re likely to earn you the dubious distinction of the worst roommate of the decade. Thankfully, the right headset will allow you to keep the running and gunning to yourself, which is why we’ve rounded up a collection of the best deals you can currently find on some of our favorite models.

For the sake of clarity, we’ve broken the deals down into two categories: wireless and wired. The former is tailored toward gamers looking for a little less clutter in their setup, while the latter is aimed at anyone who doesn’t mind a little extra cabling, or is looking for a headset that’s a little more budget-friendly.

Definitely the boldest headset on our list, the Logitech G435 is a gaming headset perfect for anyone that isn’t afraid to make a statement. This comfortable, colorful headset is available in the blue colorway at Amazon and Walmart for $59, a modest $21 discount.

This on-ear headset has both Bluetooth and 2.4Ghz wireless connectivity, making it compatible with PCs in addition to consoles and mobile devices. The 18-hour battery life is impressive, too, and while it does lack the more traditional 3.5mm audio jack, the included USB-C cable can be used to simultaneously charge and listen.

While the lightweight headset lacks the prevalent boom-mic design used by other headsets in this category — it opts for beamforming microphones — the integrated mic still manages to provide an adequate audio input solution. This has the added benefit of giving the headset a more traditional, on-ear profile, giving you the option of wearing these in public without broadcasting your gamer status.

The wireless version of the esports-inspired BlackShark headset from Razer boasts a lightweight, aviator design, and is currently discounted to $139.99 at Gamestop and $149.99 at Amazon. This isn’t the lowest price we’ve seen the comfortable headset go for, but it remains a solid discount on an excellent gaming headset that normally retails for $179.99.

The Razer BlackShark V2 Pro is sturdy and perfectly suited for extended play sessions. The only break in its otherwise innocuous profile is a dedicated knob on the right earcup that allows for quick adjustments to volume when necessary and its detachable boom mic. The headset also features a 3.5mm audio jack and can be paired via 2.4Ghz wireless thanks to the included dongle, but the lack of Bluetooth is a bit disappointing. The V2 Pro is THX 7.1 surround capable, too, but this requires the purchase of a separate THX Spatial Audio license through Razer that costs $19.99.

In terms of battery life, the V2 Pro is capable of lasting up to 24 hours on a single charge, making it one of the longer-lasting headphones on the market. Sadly, however, it still relies on Micro USB for charging.

The Razer Barracuda X, another solid entry from team green, is definitely one of Razer’s more versatile (and affordable) options when it comes to wireless gaming headsets. It typically retails for $99.99, but the black colorway is on sale at GameStop, Target, and Amazon right now for $79.99, just $10 shy of its best price to date.

The Barracuda X is a fairly unremarkable headset at first glance given its standard design, but despite its bulkier profile, is actually lighter than the Razer BlackShark series of headsets. Our initial impressions by Verge staffer Cameron Faulkner noted how comfortable the Barracuda X was, even after several hours of wear, and mentioned that the design sets a strong precedent for potential future iterations.

While the lack of Bluetooth makes the Barracuda X a poor choice for mobile gaming, the 2.4Ghz wireless dongle uses a USB-C connection, meaning that you won’t have to rely on a 3.5mm audio cable to use the headset with your Nintendo Switch. The USB-C dongle can enable wireless connectivity with PS4 and PS5 thanks to the included adapter, but can’t be used with Microsoft consoles unless you use a wired connection.

While you may not have heard of Victrix, its parent company PDP has been developing headsets and other accessories for some time. The Victrix Gambit is a well-rounded wireless headset with a focus on esports and two different models dedicated to Microsoft and PlayStation consoles. The headset uses a familiar design, with leatherette ear cups and an adjustable plastic headband, and while the boom mic isn’t removable, it can be flipped up to quickly mute it. The left earcup also has a dedicated dial for balancing game and chat audio, and a button that allows you to switch between three levels of mic sensitivity.

The headset can last up to 16 hours on a single charge, but, like the aforementioned BlackShark 2 Pro, it’s reliant on Micro USB for charging. The compatibility of the headset depends on which model you decide to pick up, too, which is disappointing but can be bypassed if you use a 3.5mm audio connection.

Normally $129.99, both the Xbox and PlayStation models are currently on sale for their lowest price to date. The Xbox model is currently going for $110.50 at Amazon and Target, while the PlayStation model is on sale for $78.70 at Amazon and Walmart. Just note that, if you’re planning to use this headset with your PC, you’ll need to purchase the Xbox model.

Our top entry in the wired category gets serious points for opting for a super-clean aesthetic. The Logitech G Pro headset was designed with esports in mind and is currently available at GameStop, Amazon, and Logitech for $79.99, a steep discount on its typical $99.99 price tag. This is one of the lower prices we’ve seen for this particular headset, which was already a substantial value prior to the current discount.

The G Pro is remarkably simple in terms of its appearance, with no visible knobs or buttons, and no extra ports with the exception of a second 3.5mm audio jack for the detachable boom mic. In addition to the expected 3.5mm audio cable, the G Pro also comes packaged with velour ear pads that can be swapped with the standard leatherette earcups, as well as an external USB DAC that can be used to fine-tune your audio experience on PC using Logitech’s G Hub software.

A headset that knows its audience, the JBL Quantum 400 definitely makes a statement with its aesthetics. In addition to its slightly bulky profile, each earcup sports an addressable RGB logo and a boom mic that can be flipped up when not in use. Thankfully, most of that bulk is dedicated to the extremely thick padding on the headband and both earcups.

Between the included USB-C and 3.5mm audio cable, the Quantum 400 is compatible with all current consoles. However, you may have some issues connecting the headset to your mobile device unless you opt for a double-sided USB-C connection. Normally $99.99, the headset is currently on sale at GameStop, Best Buy, and Amazon for $79.95, its second-best price to date.

Tips and tricks to remove a device from Apple ID