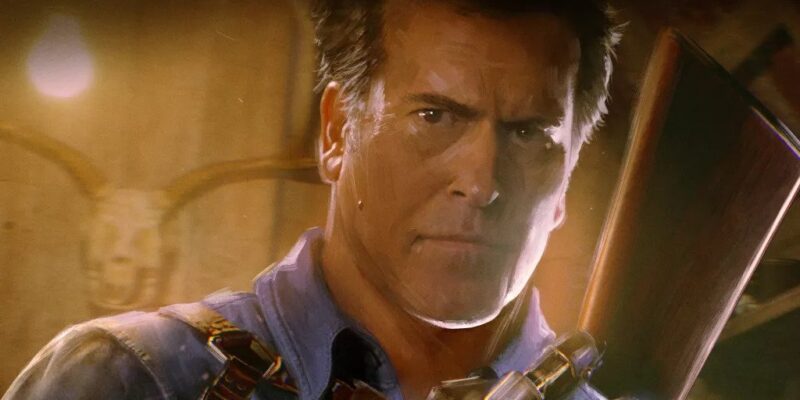 Evil Dead: The Game seemed like a fairly standard co-op zombie shooter when it was announced in late 2020: “An OK, if not inspired, fit for Evil Dead,” we opined at the time. It made a better impression at the 2021 Summer Game Fest, with a trailer that showcased aspects of the game that differentiate it from other subgenre staples like Left 4 Dead or Back 4 Blood.

Not long after that, however, it was delayed to February 2022 so developer Saber Interactive could implement a singleplayer campaign. And apparently that’s a bigger job than the team anticipated, because today it announced that Evil Dead: The Game has been delayed again, this time until May.

“When we set out to create a brand new game worthy of the Evil Dead franchise, we knew it had to be groovy as hell,” the studio tweeted. “In order to deliver the best possible experience, Evil Dead: The Game is now coming on May 13, 2022.”

“This delay gives our team the time they need to get things just right, so your boomstick will be polished, fully loaded, and ready to blast Deadites on that Friday the 13th of May. We thank you for your patience and understanding.”

There are no specific details on what a fully-polished boomstick entails, whatever the reason, if it means sweeter sugar when Evil Dead: The Game comes out, I’m happy to wait. In the meantime, if you’re feeling a powerful urge to blast zombies with some pals, the outstanding Back 4 Blood is on sale in the Steam Lunar New Year Sale, and it’s also included in PC Game Pass.

Tata Cliq brings footwear brand Hoka One One to India